Download landlord lease agreements and property management documents, or assert your rights against your tenant in the event of a dispute. 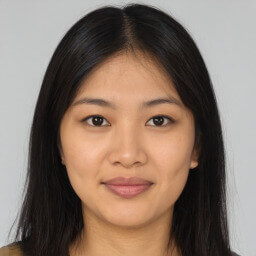 Learn more about Rent your Property in Singapore

The proverb “knowledge is power” undoubtedly applies to Singapore’s rental market. Those who are aware with the rules can continue to earn money from their homes without breaking the law, but inexperienced tenants and naive landlords face a higher danger of being evicted, losing a lot of money, or perhaps going to jail.
To avoid such issues, we’ve created a collection of helpful hints and crucial information, as well as the most recent rental legislation governing the city-rental state’s property market.

How a Landlord can enter a rent property?

In Singapore, the landlord has the legal right to enter any section of his rent property, even rented out rooms. However, one of the most typical complaints from tenants here is that the landlord conducts this without their permission, or that their room is examined while they are away.
As a result, having a well defined leasing contract that addresses such situations is critical. Even if the local norms benefit the landlord, he will face sanctions if the tenancy agreement bans him from intruding unlawfully into the lessee’s chamber.
The following are some conditions that prospective tenants might include in their lease agreement to protect their tenant rights in Singapore and avoid such a situation:

1. Obligate the Landlord to Get Written Permission

The first step is to require the property owner to obtain written permission before entering the tenant’s room and to prohibit him from entering the room without the occupant’s knowledge.

You should add in the lease agreement that the landlord must notify you in advance if he or she intends to enter the room and provide a notice period of one day or longer.

3. Specify the circumstances under which the property owner may enter the tenant's room

Specify the circumstances in which the property owner must obtain the occupant’s permission before entering the latter’s room. For example, if the landlord requires minor repairs or want to show the room to prospective tenants.

4. Impose Penalties for Unauthorized Entry into a Tenant's Room

Set penalties if the property owner violates such provisions. For example, if your landlord enters your room without your knowledge or permission, you can terminate the renting agreement immediately or after a few months’ notice. Remember to specify in the rental contract that your security deposit must be repaid if this occurs.

5. Include an Exception Clauses Outlining When the Landlord May Enter the Tenant's Room

If there are restrictions forbidding the landlord from entering your room, the owner will almost certainly request exceptions before signing the TA (under the Landlord and Tenant Act in Singapore).
Normal exceptions are when the owner wants to enter your room due to an emergency in which he needs to make critical repairs that, if delayed, could have a detrimental impact on the property. In rare cases, the police may seek to search the tenant’s room if they have a proper search warrant.

Who are you dealing with before rent property?

Before agreeing to lease a room, make certain that the person you are dealing with is the genuine owner of the property or a person authorized by the landlord, and not a master tenant. So don’t sign a rental agreement unless you’ve confirmed this.
This is due to the fact that master tenants are not permitted to rent their rooms unless explicitly authorized by the owner. Even if you’re dealing with a master tenant who has been given permission to do so, be sure your name is included in the official rental agreement and that the landlord acknowledges it. You must do this or else you will meet the same fate as the unfortunate subtenants stated below.
In 2009, a four-room maisonette spanning 3,000 sq ft at Elizabeth Towers on Orchard Road was illegally partitioned and subleased to 11 other inhabitants by a master tenant.
When the landlord found out, he did the following:

The landlord was then ordered by the Urban Redevelopment Authority (URA) to remove the partitions. Even though she did not put them up, she is compelled to do so. In the worst-case situation, persons who partition private housing might face up to a year in prison and/or a $200,000 fine.
To avoid this occurring to you, always confirm who you’re doing business with. If you’re renting public housing, ask the landlord to log into their HDB account, or have them use the Singapore Land Authority’s MyProperty portal to check the properties owned by that person.
Remember that failing to do your homework before rent property might leave you homeless and scrambling to locate new housing, with your security deposit likely gone as well.

What is the maximum number of occupants allowed?

The maximum number of acceptable renters for private dwellings is six unrelated individuals, according to URA standards.
In addition, caregivers and domestic assistants are recognized as members of the same family.
As a result, if a five-member household hires a caregiver and domestic helper, they will be exempt from the private home occupancy cap. However, if a family of four wishes to rent a portion of the private unit, they can only accommodate two more people.
If you are a master tenant and the landlord has permitted you to sublet a room, the total number of residents in the property should not exceed six.
Please keep in mind that constructing partitions or dividers to create additional bedrooms is not permitted.
The number of non-related renters in three-room or bigger HDB flats must not exceed six people, while the limit for three-roomers and smaller units is six.
The new limit will be enforced upon renewal of the leasing arrangement or if there are changes in the tenants for rental applications granted by HDB prior to the effective date.
While individuals who lease bedrooms must adhere to the lower restriction, a family of more over six people can still rent an entire HDB home. This rule also applies to the living quarters of HDB commercial properties that are leased.
Aside from that, all owners of HDB flats and HDB commercial establishments, as well as their prospective tenants, must now acquire Housing Board approval before beginning the tenancy.
Owners of HDB commercial space were previously not needed to do so, however tenants of HDB apartments and HDB commercial spaces, as well as HDB homeowners, were required to register with the Housing Board within seven days of the start of the lease.
Applications to lease out HDB units, bedrooms, or living quarters in HDB commercial premises can be submitted via the agency’s e-services. Although the application result will be available instantly, each application will incur an administrative cost of $10, $20, or $100 per bedroom, complete HDB apartment, or living quarters of HDB commercial spaces, respectively.

What is the rental duration for rent property?

The URA reduced the minimum rental length for private dwellings from six consecutive months to three consecutive months on June 30, 2017. This means that providing lodging for a shorter rental time is strictly banned unless explicitly allowed by the URA.
In comparison, the Housing Board only allows for a six-month tenancy. Non-Malaysian non-citizen residents (i.e. Singapore Permanent Residents and foreigners) can stay for a maximum of two years, while Singaporeans and Malaysians can stay for three years. If the landlord wishes to renew the tenancy, he must seek for permission from HDB once more.

Are tenants allowed to have guests?

While private homes can be rented out to guests and tourists for a period of no less than three months, HDB units cannot. The latter can only be hired by expats who have passes such as Long-Term Social Visit Passes and Student Passes.

What punishment for violators?

There were over 800 suspected occurrences of unlawful rentals in 2019, up from 750 in 2018.
According to URA laws, those discovered renting out their homes for short-term rentals will be fined up to $5,000, while repeat offenders and those who rent out short-term housing for several properties would be prosecuted in Court and penalized much more. According to a Channel News Asia article, this can range from $13,000 and $70,000. (CNA).
In comparison, HDB apartment owners who are found guilty of unauthorised rentals and exceeding the number of occupants cap face fines or even eviction in severe cases.

How is the Singapore rental market?

The COVID-19 pandemic has not diminished the appetite of local buyers for Singapore real estate. On the contrary! The rental sector is also thriving, much to the delight of property investors.
Singapore’s rental industry has always catered mostly to foreigners working and living in the city-state. Singapore’s non-resident population declined by 10.7 percent between June 2020 and June 2021, owing to many foreigners departing the nation during the pandemic and a drop in the number of Work permit holders in the construction, marine shipyard, and industrial industries.
Despite a decline in the proportion of foreigners in the population, rents are currently greater than ever, fuelled in part by growing demand from locals.
Construction delays afflicting new property developers, such as Build-to-Order (BTO) apartments and freshly launched condominiums, could be a factor. Many BTO and condo developments have been stalled as a result of the pandemic, some for more than a year. Couples who want to move in together as soon as feasible may look to the rental market while their homes are being built.
The pandemic has also highlighted Singaporeans’ demand for personal space. With work-from-home (WFH) arrangements becoming more common, the rental market may be acceptable for singles who want to move out of their parents’ house in the short and medium term but are not yet ready to buy their own property.
Furthermore, as a result of the property market boom, many sellers have sold their properties at a decent price and are now rent property while waiting for housing prices to fall before acquiring a new home.
As Singapore gradually reopens its borders, the number of foreigners living and working here is anticipated to increase, thereby increasing demand for rent property.
Singapore’s rental market performed well in 2021. Despite the COVID-19 outbreak, private and HDB rentals grew steadily throughout the year.

Private property rentals grew by 2.2 percent in Q1 2021, up from 0.1 percent the previous quarter, indicating a solid rebound from the pandemic’s initial stage.
Private property rents rose by 2.9 percent in the second quarter of 2021 and 1.8 percent in the third quarter.
To demonstrate the extent of the rent hikes, monthly condo rents in November 2021 were approximately 10% higher than they were the previous year.
Similarly, HDB rents increased throughout 2021, and were 9.2 percent higher in November 2021 compared to the previous year.
This could be attributable in part to a decrease in the availability of HDB flats available for rent property. According to HDB statistics, the supply of HDB flats given rental approval dropped to 32,072 in 2021, returning to pre-2014 levels.
The high number of HDB upgraders in 2021, due in part to the huge number of flats satisfying their five-year Minimum Occupation Period (MOP) in that year and being immediately put up for sale, could be one of the causes fuelling demand for rental flats. Because of soaring resale prices, some people who have sold their apartments are now renting a place to live while they wait for sale prices to decline.
The huge number of flats changing hands also has the effect of significantly reducing rental availability, as new owners can only rent out their full unit when their MOP expires.
Moving forward, a low supply of private housing in 2022 is projected to severely restrict the pool of affordable homes, forcing individuals in need of housing to rent property. Fewer new launches are planned for 2022 as a result of the government’s recent reduction in the amount of land made available through the Government Land Sales (GLS) Programme.
Recent cooling measures announced in December may potentially lower the number of properties for sale in 2022. 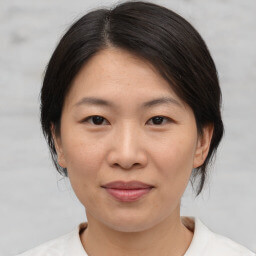 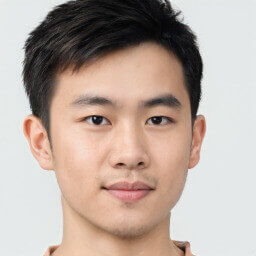 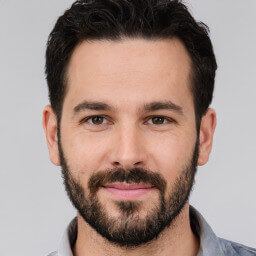 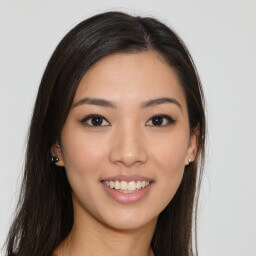 Ask a detailed question and a lawyer specializing in real estate law will respond within minutes.