Download business contracts for entrepreneurs and businesses of all sizes, or consult with a corporate lawyer about your specific business needs. 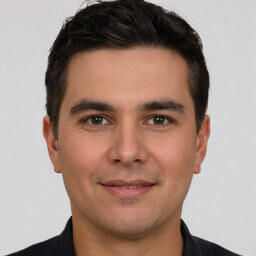 WILLIAM B. Legal Consultant in practice since 2013

To begin, it is important to understand that attempting to construct a business contract on your own is usually a bad idea. Any business contracts that your company requires should be drafted by a corporate lawyer. Except for the smallest contracts, this is true. Attempting to save money on legal bills by writing a contract yourself is a waste of time. This is because being sued by your counterparty for something that might have been avoided by a basic contractual clause could end up costing you much more in the long run. This is a regular occurrence among litigation lawyers, who wind up being hired at a significantly greater cost to deal with legal wrangling caused by a contract created by a non-professional. Having said that, if you insist on writing a low-value business contract yourself, keep the following factors in mind.

How to write a business contract in Singapore?

Don’t try to reinvent the wheel. It is advisable to begin with a template or precedent business contract drafted by a lawyer. However, be warned that relying on random contracts found online carries hazards.
For starters, you have no idea who wrote them or whether they were aware of what they were doing. Use a precedent that is at least for the same purpose as yours and is from Singapore.
Then, highlight and eliminate any clauses or language that you don’t understand. Delete clauses is unquestionably a dangerous action. However, if you don’t comprehend them, you won’t know what they’re for or how they can help you. This is why you should get your business contract drafted by a lawyer.
It is also considerably riskier to include a clause you don’t comprehend in the hopes that it will help you, when in fact it may benefit your counterparty while harming your interests. Every term in your business contract must be understood.

How to choose a business contract?

You must first determine which interests you must safeguard. This can help you make decisions about the types of clauses that should be included in your business contract.
Is secrecy regarding your commercial activity, for example, crucial to your company? If that’s the case, you’ll require a secrecy agreement.

Business contract structure and substance differ drastically from one type of contract to the next. However, in the broadest sense, every business contract should begin by identifying the contract’s parties, their addresses, and their place of incorporation.
The parties’ details should be followed by recitals (also known as a “preamble”) that clarify the contract’s overarching goal from each party’s perspective.
Following the recitals, the terms and conditions that will govern the transaction should be included. The first of these is often a list of definitions for any abbreviated terminology used in the business contract. The operative provisions of the business contract, i.e. what each party will give or do, are frequently followed by these.
Then there’s a set of typical “boilerplate” clauses that occur in most contracts but must be adjusted to the unique needs of your transaction. Knowing which provisions to include and how to draft them is difficult, which is why such clauses are typically created by lawyers.
Following that, you’ll have signature blocks for each party to sign the business contract and include the date of signature.
Finally, appendices are frequently included, which can include any information relevant to your transaction that are too extensive or complex to mention in the body of the contract. Where applicable, the operative clauses in the body of the contract would refer to the details in the appendices.
Some contracts are more sophisticated and have a more convoluted structure than this. Others are more straightforward. There are no set formats or lengths. It all relies on your transaction’s requirements.

It is usually best to deliver the draft business contract to the counterparty in PDF format and just ask them to sign unless they have any queries or objections. If they request it, you can email them a Microsoft Word version of the draft contract if they wish to make any changes.
If the counterparty rejects or significantly modifies any clauses, you must examine how this affects the interests you hoped to promote with those clauses. You’ll also have to evaluate whether a compromise is attainable without putting your life in jeopardy.
This is rarely an easy evaluation, which is why lawyers are better prepared to create contracts than businesses.
It should be evident by now that creating a business contract without legal competence is extremely difficult and risky. Proceed at your own risk, and only if you understand the amount of the financial risk to which your company may be exposed, and you have a valid basis for concluding that the benefit outweighs the risk.
Even in those cases, unless the contract’s value is extremely low, spending a small amount upfront to have a contract drafted by an experienced corporate lawyer is significantly less expensive than having to pay a litigation lawyer later – in the event that you need to conduct damage control in a business dispute that could have been avoided or mitigated in the first place by proper contractual drafting. Contact our expert business lawyers here to get the best lawyer for your contract drafting needs.

What are Electronic Signatures in Singapore?

What do you need to make a business contract?

The first prerequisite requires two steps: offer and acceptance.
An “offer” is described as a declaration of readiness to contract on specified terms, and it is made with the aim that it will become binding on the parties once accepted by the person to whom it is intended (the “offeree”). As a result, a “offer” must meet three criteria:

The unconditional acceptance of all the terms contained in the offer is referred to as a “acceptance.” It must be disclosed to the offeror in order to be effective. It might be communicated to the offeror either in writing or orally.
The general rule under the second leg is that a promise is only enforceable if it is backed by consideration. “Consideration” is something that has legal worth and is provided in exchange for a promise. The “benefit-detriment analysis” can help you understand it. A simple example would be a merchant proposing to sell his goods to a buyer who promises to pay him in exchange for the things. In this case, the consideration is the price of the products paid – the offeree buyer accepts to incur a loss in terms of the money he pays to the seller, but the offeror seller profits by obtaining money from the buyer.
In the third limb, both parties must intend to establish legal relations. Based on the information at hand, the law makes a decision. In most cases, the law would be unlikely to find such an intention in a social or domestic situation. A husband, for example, who gives his wife a Prada bag in exchange for serving him breakfast for a week is unlikely to be bound by a formal contract. However, even if the parties involved had familial or close social links, the law will consider them otherwise in cases where agreements were entered into in a corporate or commercial environment.
Minors (those under the age of 21) and mentally incompetent individuals do not have the capacity to enter into a contract under the fourth limb. Certain contracts, such as those for the sale of goods, services, or employment, remain binding on minors.
Finally, it is a legal requirement that both parties willingly accede to the agreement. This means that if one party uses force or undue influence to compel the other to sign the contract, the law may reject its legitimacy.

What is a “Breach of Contract”?

Assuming a valid and legally enforceable business contract exists, a breach of contract occurs when a contracting party (the “defaulting party”) fails to perform a contractual obligation without lawful excuse.
Failure to perform might manifest itself in numerous ways:

What is the governing law of a business contract?

The vast majority of contracts that the average person encounters in his or her life, such as employment, hire purchase, or loan agreements, contain a clause stating the ‘governing law’ of the contract. A contract’s controlling law has far-reaching implications for contractual performance and remedies. A contract typically includes a number of terms. When a dispute develops, courts will interpret contractual provisions using the governing law of the contract. A contract’s governing law governs matters such as contractual validity, interpretation, consideration, party obligation, mode of performance, and discharge of the obligation or contract (to name a few).
Most legal systems recognize the autonomy and freedom of the parties to define contractual terms. Contracts signed or performed in Singapore may, as a result, specify a foreign controlling law. For example, an American multinational corporation (MNC) in Singapore may force its Singapore employees to sign employment contracts governed by American law. In the event of a dispute, the parties may sue in a court of law to have the contract enforced. If the lawsuit is filed in a Singapore court, the judge may be required to apply American law to enforce the contract.
Choosing a governing law is critical since different laws can result in different legal results for the same contractual conditions. Singapore, for example, recognizes the idea of a trust as well as other equitable obligations. Other foreign laws may not.
Furthermore, because contracts frequently specify which court will hear disputes, it may be prudent for the parties to select the same law to govern the contract. A business contract to be fulfilled in Singapore, for example, should ideally designate Singapore law as the controlling law and the Singapore courts as the court of choice. Because it is most familiar with the governing law, this consistency ensures that the chosen court will apply it appropriately. Applying foreign law in a Singapore court would necessitate the use of foreign expert witnesses, more evidence, and higher legal fees.
In some cases, international required rules may take precedence over a choice of governing legislation. For example, some of the provisions of Singapore’s Unfair Contract Terms Act apply even if the contract is governed by foreign law. Exceptionally, if the dispute is heard in Singapore, the choice of a foreign law that is repugnant to Singapore’s public policy may not be applied.
If no controlling law is selected and a dispute emerges, the court hearing the issue may use the law most closely related to the subject matter of the contract. 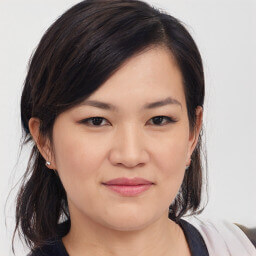 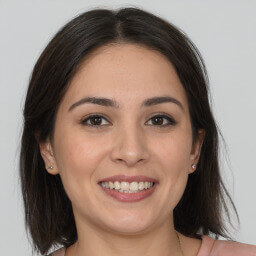 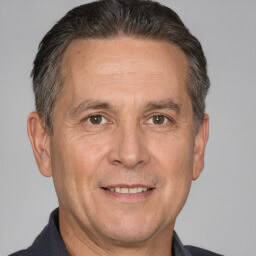 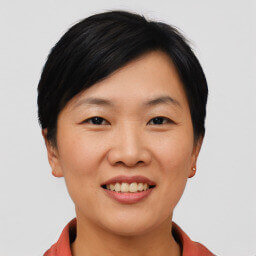 Ask a detailed question and a lawyer specializing in corporate law will respond within minutes.

Avoid any risks and get sound advice for igniting growth of your business.